Rains wreak havoc on island: It's a deluge!

The National Weather Service issued a flash flood warning for the island… and added that continued heavy rains and the danger of already swollen streams and rivers would likely extend that warning. A severe thunderstorm watch remained in effect most of Monday night, a high surf warning remained in effect for east-facing shores of Kaua‘i”

10 inches of rain in Wailua in 24 hours. Our stream has risen over it’s banks and the valley is totally flooded under 6 feet of water! According to the National Weather Service, total rainfall on Kaua‘i ranged from 10 inches to over 35 inches in different areas of the Island between March 3 and March 6. 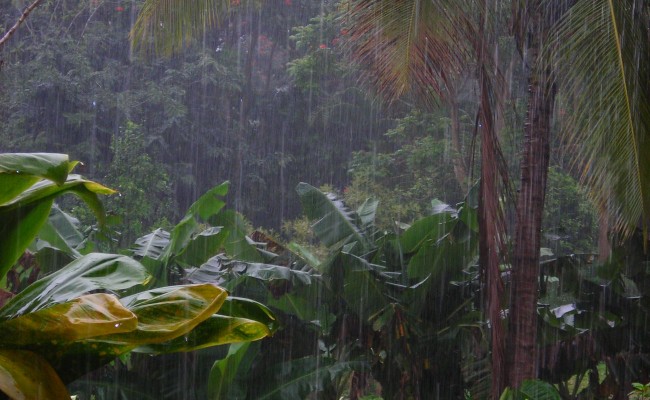 Posted on March 5, 2012
Tags: Farm, Kauai, Rain
Filed under Updates from the Farm

Kalani Tropicals is a small independent tropical flower farm and cut flower florist on the island of Kauai. We have been in business since 1997 helping thousands of people order tropical flowers online to send a bit of Aloha to their friends and loved ones. We ship and deliver tropical flower arrangements locally in Hawaii and throughout the United States. Arrangements are unique and made to order. Flowers are always picked fresh and do vary with the season. FedEx 2nd Day shipping or local delivery to Kapaa or Lihue is included in all prices. Saturday Delivery is available in most areas for no additional charge. Vase is not included unless specified. Words and pictures © 2020 Kalani Tropicals, do not republish without permission.